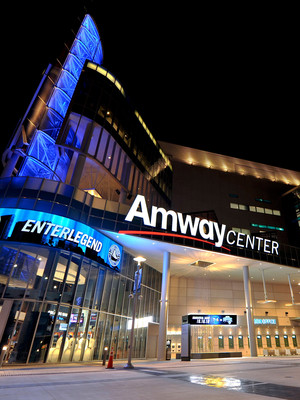 If you're happy to travel

You can catch Stevie Nicks at Amway Center in Orlando, showing May 25, 2023

Stevie Nicks is also touring to:

Possessing one of rock's most unmistakable voices, and a witchy stage persona all of her own, Nicks was responsible for some of Fleetwood Mac's greatest moments, including 'Landslide' and 'Rhiannon'. Comprised of songs written throughout her subsequent solo career, which had never been recorded for some reason or another, her last record , 2014's 24 Karat Gold was hailed as her best record since 1983's The Wild Heart. Co-produced by Dave Stewart, it has since sold over 100,000 copies in the USA alone

Don't miss your chance to see this icon of modern rock live as she plays selected dates this year.

She created a phenomenal night by staying true to her music, her craft,... more

Sound good to you? Share this page on social media and let your friends know about Stevie Nicks at MidFlorida Credit Union Amphitheatre.