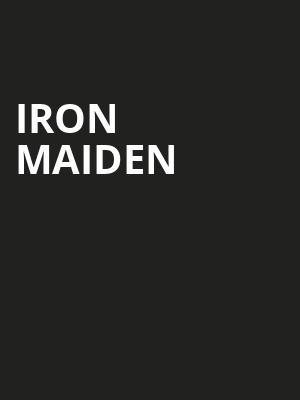 Legacy of the Beast tour

Prepare yourself for Iron Maiden's most explosive live spectacular ever as the British heavy metal outfit return to North America on their extravagantly staged Legacy Of The Beast tour. Following the story told in their mobile game of the same name, let the band transport you a series of awesome Maiden Worlds. With more Pyro, light, flame effects than ever and even an entire replica Spitfire in working in perfect fusion with their hard rock tunes, this is THE event Maiden fans won't want to miss. With special guests Trivium (Sept 11 - 30) and Within Temptation (October 3 - 27)

Iron Maiden was formed in London in 1975, and given the fact they took their name from a medieval torture device, it was clear they weren't gonna be grandmother's new favourite band. Pioneering a wave of British heavy metal, their no-nonsense approach, taking inspiration from the likes of Hendrix and Led Zeppelin, and of course the monumental vocals of singer Bruce Dickinson, immediately marked them out as something special. Among their most iconic tracks are 'Run to the Hills', 'The Number of the Beast' and 'The Trooper'. Catch one of the genres' defining artists when Iron Maiden cement the Legacy of the Beast in 2022.

Me and my family came from Bakersfield CA to see Iron Maiden. For me... more

Sound good to you? Share this page on social media and let your friends know about Iron Maiden at Amalie Arena.