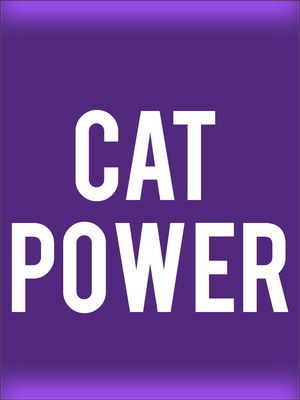 Anyone who has seen Cat Power live will know the intimacy and vulnerability expressed in her song writing takes its toll on her as a performer. It is always a journey with Cat Power.

Cat Power is hitting the road this fall on a countrywide tour. In additon to being in Indie Icon, the solo songstress is known for her fusion of punk, jazz, folk, and blues styles and excellent, emotional guitar playing.

Discovered in 1994, Power (AKA Chan Marshall) released her first studio album 'Dear Sir' in 1995. Fast forward to the 21st century and 2012's 'Sun' debuted at number 10 on the Billboard 200, making it her most successful project to date. Her last release, 2018's 'Wanderer' was a much-anticipated piece of work from the artist and featured a Lana Del Rey collaboration. Stay tuned for new music, which will surely accompany this newest jaunt!

Sound good to you? Share this page on social media and let your friends know about Cat Power at Ritz Ybor.