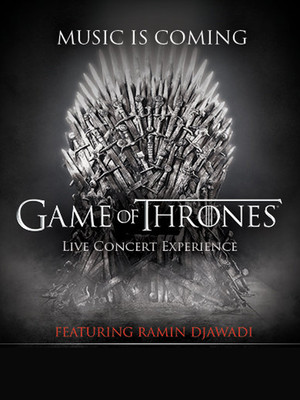 A music and visual experience that will bring the Seven Kingdoms to life on a scale never seen before!

It's not over yet! Experience the iconic live tour late Summer this year. In the golden age of television, one show towers above all others. HBO's blockbuster series Game of Thrones has been entranced millions of viewers the world over for eight seasons with its epic saga of political intrigue, bloody warfare and really really big fire breathing dragons. Whether you're mourning the end of GoT or glad it's finally done, this live spectacular will unite fans from all Houses!

The music's composer Ramin Djawadi will lead this tour, conducting a live orchestra, a choir and various soloists in a fully immersive spectacular that will incorporate clips of the show on LED screens, as well as new exclusive material. If you can't just wait for season seven, there's no better way to get your fix of the seven kingdoms!

Probably the best act and musical performance I've ever seen. I wish... more

Andres Martinez: “Such A Wonderful Evening !!”

This Concert Was Always Going To Be Awesome In My Head . But This Concert... more

Sound good to you? Share this page on social media and let your friends know about Game of Thrones Live Concert Experience: Ramin Djawadi at MidFlorida Credit Union Amphitheatre.