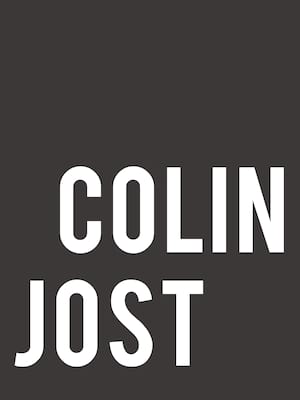 Comedian, writer and co-anchor of Saturday Night Live's hilarious Weekend Update will appear live on stage on tour in 2020. Expect to hear side-splitting musings on a range of topics - the stand-up and comedic actor's skills from a 14-year career in comedy are honed to perfection in his live show!

Graduating from Harvard in 2005, Jost was immediately hired as a writer for Saturday Night Live, also serving as co-anchor for the Weekend Update segments since 2014. His career as a stand-up has also been a national success, performing routines on Late Night with Jimmy Fallon among many other notable appearances both on TV and on stage.

Sound good to you? Share this page on social media and let your friends know about Colin Jost at Hard Rock Hotel And Casino Tampa.