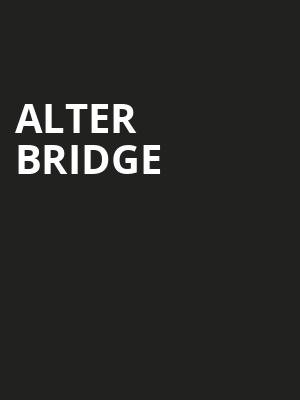 Formed from the rubble of Creed and The Mayfield Four, Alter Bridge have become one of modern rock's most respected groups. A heavy, melodic assault overlayed with the sweet vocals of Myles Kennedy, their defining moment came with 2010's AB III, whose black cover reflected the band's exploration of a darker, more challenging sound inside.

Now, riding high on the announcement of their highly anticipated seventh studio album Pawns & Kings' they're taking the to road in 2023 on an extensive 30-city tour which will be split into two legs, Pawns & Kings Tour!

Photo by Sebastian Ervi on Unsplash

Me & my boyfriend saw Alter Bridge @ Cain's Ballroom last week & it was... more

Sound good to you? Share this page on social media and let your friends know about Alter Bridge at Hard Rock Hotel And Casino Tampa.