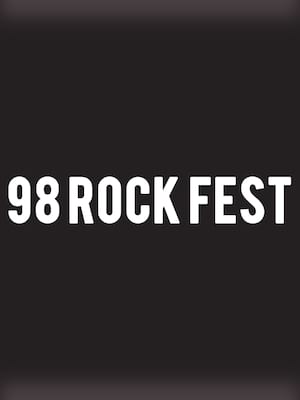 Between all the contests, meet-and-greets and free early stages, fans could get awfully up close and personal with the rock gods on stage.

Hosted by Tampa Bay's Rock Station, 98Rock Fest is the place to be for dedicated rock fans. Headlined by Shinedown, the festival will also see Beartooth, Halestorm, Fozzy, Dirty Honey and Theory of a Deadman take the stage, with more exciting acts yet to be announced. The event will be taking place at Tampa's Amalie Arena.

Florida-based rock band Shinedown has previously performed at the festival. The group has released six studio albums since getting together in 2001 with their latest 'Attention Attention' coming out last year. They have sold over ten million records worldwide and charted on the Billboard Mainstream Rock charts numerous times.

Sound good to you? Share this page on social media and let your friends know about 98Rock Fest at Amalie Arena.